Stately 5BR/4.5BA home in the prestigious Crocker Highlands neighborhood. While maintaining its classic curb appeal, the home has been completely renovated with a modern open floor plan and features the epitome of California indoor/outdoor living. The centerpiece of the home is the spacious chef’s kitchen with all new appliances, large island, walk-in pantry and custom cabinetry. The layout is perfect for cooking and entertaining, with seamless flow from the kitchen into the dining room, living room and large outdoor deck. The main level is completed by two generous bedrooms and a shared bathroom.

The upstairs features a light-filled yet private owner’s suite with a large walk-in closet, and a wonderfully calming ensuite bathroom with heated floors and skylights. This level also includes an additional bedroom, ideal for a nursery or home office, along with a separate hall bathroom. The home’s lower level provides another area for relaxation with its large family room, featuring a wet bar and direct access to the lower deck. Also included on this level are another full bathroom, laundry area, and a bedroom with private entrance suited to accommodate an au pair, guests or in-laws. Step out from the family room onto the 500 SF deck, which fully integrates the living areas with the spectacular, creekside backyard. Grow your own vegetables in your raised beds, play on the grass, or relax by the firepit.

The house has been completely transformed, including the following renovations: new wide-plank hardwood flooring, windows, luxury tiles in baths and kitchen and sophisticated architectural light fixtures. Structurally, the house has been modernized with a new foundation and seismic retrofit, electrical, plumbing, a dual-zone high-efficiency furnace, and parking pad for off-street parking. 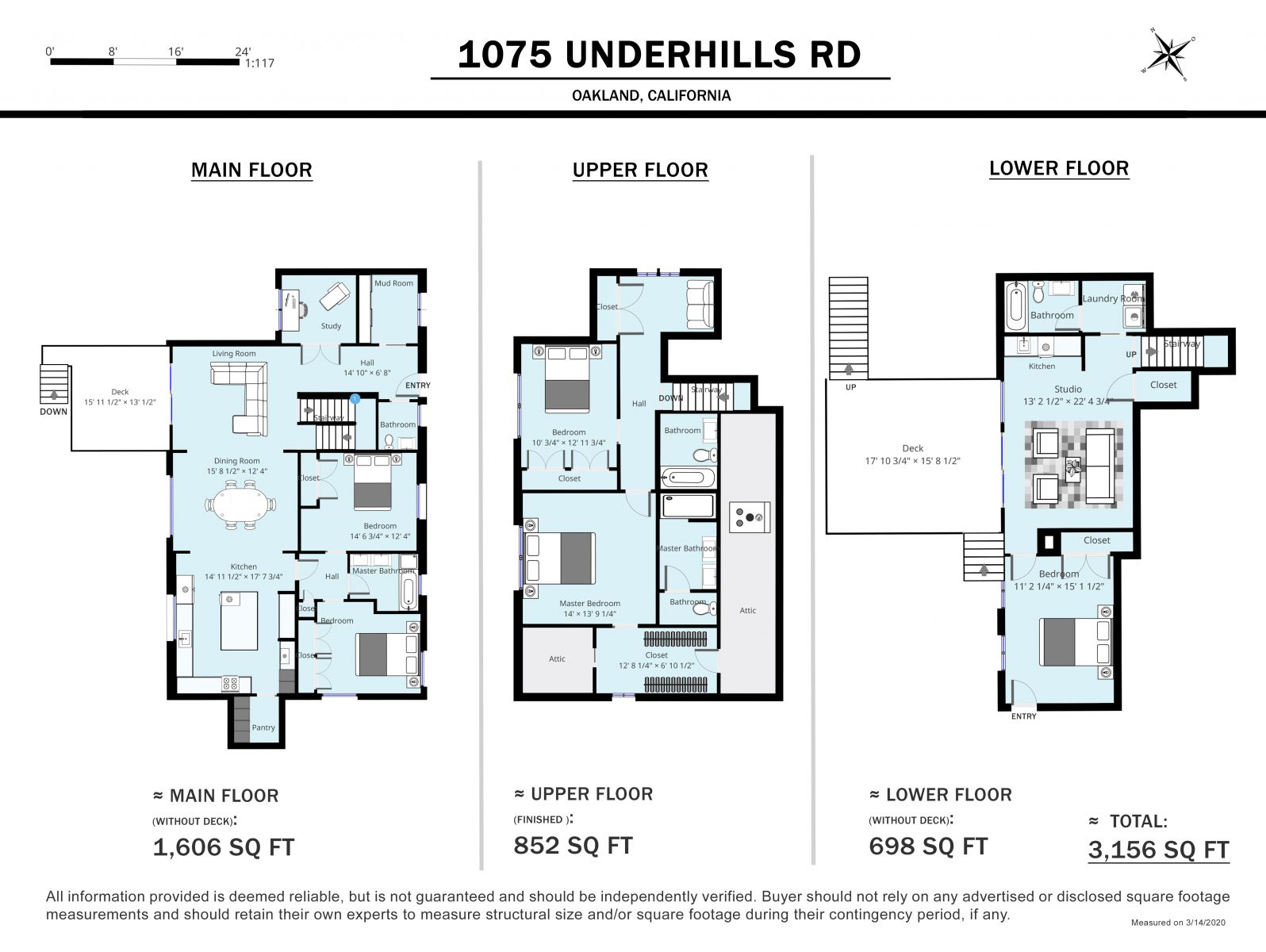 Part of the prestigious Lakeshore Homes Association, the description of Crocker Highlands hasn’t changed much in nearly 100 years: “…a veritable fairyland of rolling hills and wooded dales right in the heart of Oakland near famous Lake Merritt and its flower-filled parks.” Gracious homes of varying architecture follow the natural contours of the topography, providing easy access to Grand Lake, Lake Merritt and Park Boulevard for coffee shops, fine restaurants, entertainment, retail, and public transportation. The property is zoned for nearby Crocker Highlands Elementary School, recently given the 2020 California Distinguished School award.