Spectacular views abound from this stylishly remodeled, top-floor condominium located at the edge of Lake Merritt. Highly sought after and rarely available, this spacious 2-bedroom, 2-bathroom home has a light-filled open floor plan. The kitchen has been recently remodeled with new quartz counters, all new stainless steel appliances, new paint and flooring. The expansive lakeview balcony, with access from the living room and second bedroom, is a perfect place for al fresco dining, morning coffee or a leisurely place to read and enjoy watching life along the lake.

Ideally located to take advantage of events and activities around Lake Merritt, including the Grand Lake Theater, the Farmer’s Market, and Trader Joe’s, plus shopping and restaurants along Lakeshore and Grand Avenues. Close to BART, public transportation, and Highway 580. This gorgeous Cleveland Heights condominium home is ready for a new owner to enjoy. 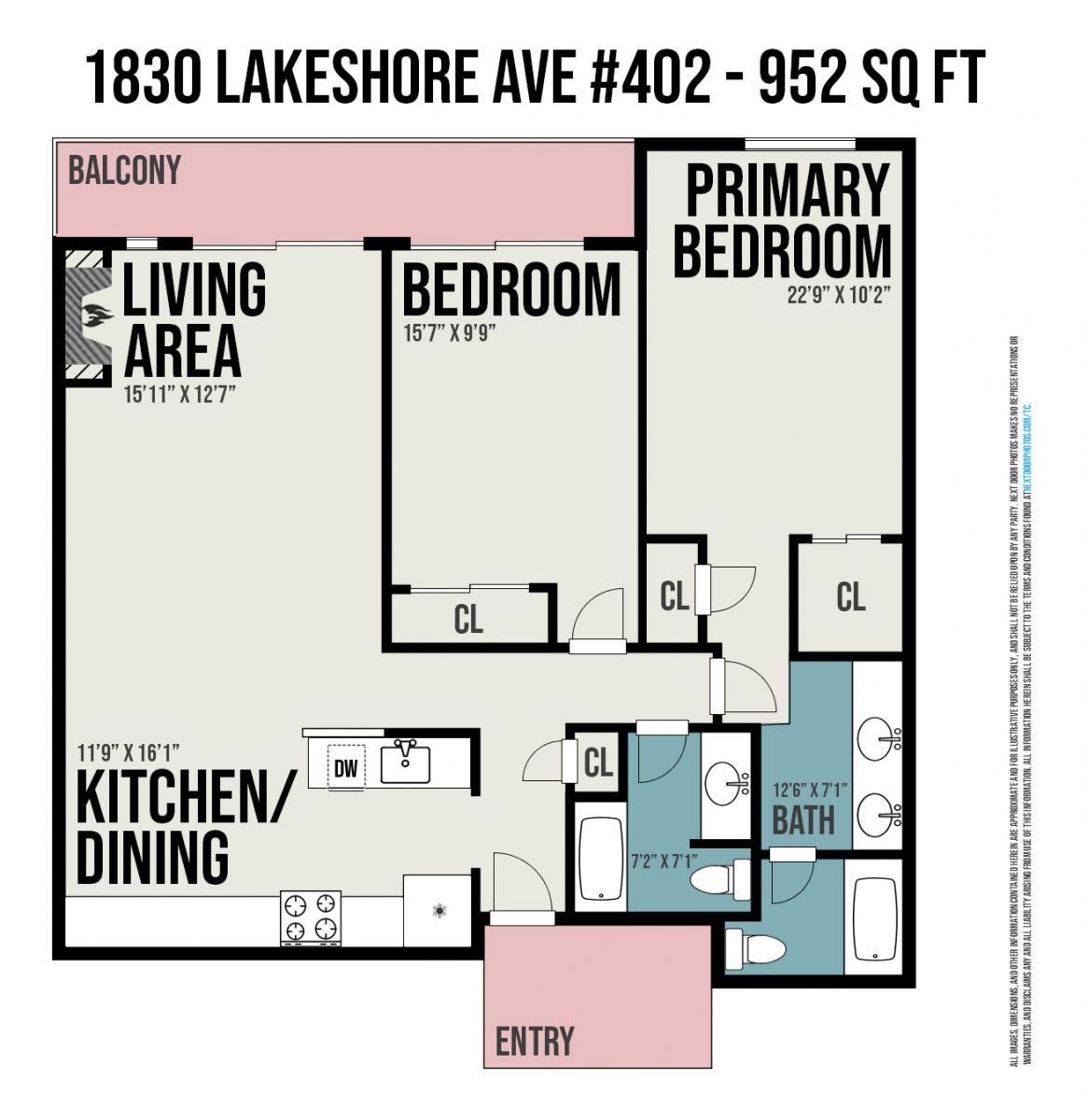 Designated in 1870 as the country’s first wildlife refuge, Lake Merritt is one of the East Bay’s most popular neighborhoods. From boating to bird watching, there is something for everyone at this urban lake park. During the day, the lake can only be described as the cultural heart of Oakland where vendors, food trucks, performing artists, and couples gather to spend time. At night, its 3.4 mile necklace of lights reflect off the water. The most popular sides of the lake are the west shore bordering downtown Oakland and the Pergola right beside the historic Grand Lake theater, quaint bars and restaurants, and beautiful Victorian homes.

Often referred to as the Brooklyn of the Bay, Oakland has long been known for its vibrant food and art scene. Incorporated in 1852, Oakland grew quickly because of fertile soil for agriculture and its location. The city was selected as a terminus for the Transcontinental Railroad and was at the receiving end of the first cross-country airmail flight thanks to Captain Eddie Rickenbacker of WWI fame. Today Oakland is the busiest port in Northern California and 8th busiest container port in the United States.