Stunningly crafted and renovated, 2226-2228 9th Street proudly boasts two houses on one lot in West Berkeley. Originally built in 1905, the front house (2226) has been transformed from foundation to roof. The house features two bedrooms, one bathroom, a light-filled living room and nine skylights throughout. The welcoming enclosed porch, along with the private back yard, allow for outdoor relaxing all around the home. The kitchen is comfortable and refreshed with copious counter space & storage. There is also a laundry room adjacent to the patio. Built in 2004, the 2BR, 1.5BA back house (2228) is secluded at the back of the lot. Ideal for entertaining, the open kitchen has table-top seating and opens to the dining room, living room with gas fireplace and read deck. The peaceful backyard has a built-in BBQ & sink, ample deck seating and a fold-out treadmill. The upstairs primary bedroom has its own gas fireplace, and easy access to the bathroom with double sinks and massage tub. Second bedroom with built-in storage could also serve as a home office. Other features of the property include: storage shed with electricity, off-street parking, laundry for each house, as well as air conditioning. The tree-lined location on 9th Street is also convenient to 4th Street shops & restaurants, schools, Berkeley Marina, AC Transit, Amtrak and freeway. 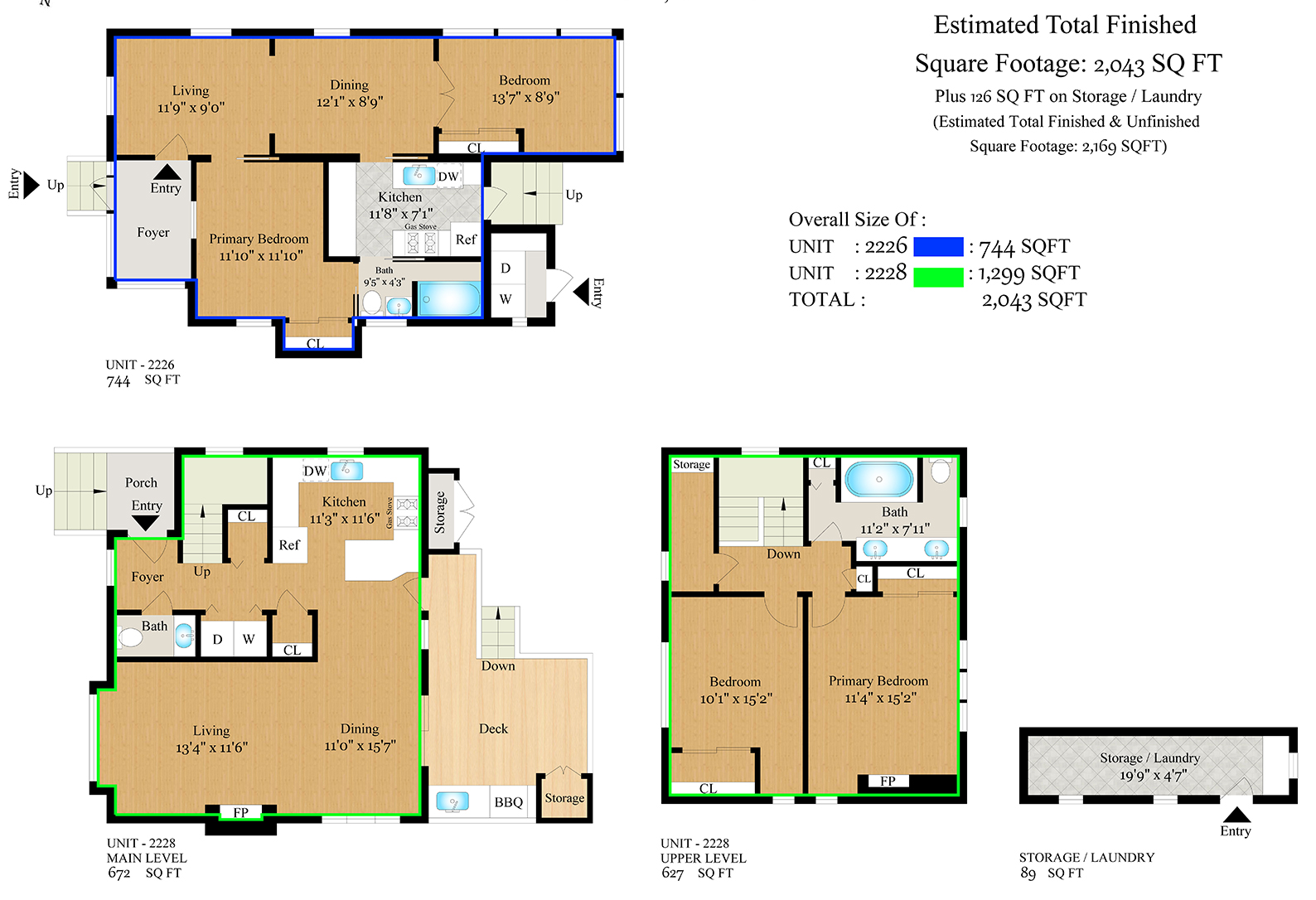 Bustling and lively, this neighborhood provides access to countless amenities including 4th Street shops, San Pablo Ave restaurants, Berkeley parks and schools, the freeway, BART and AC Transit connections. The lack of hills in the area creates a very accessible and open environment. Access to the university and the entire Bay Area makes this one of the most desirable areas in the country.

Berkeley is world renowned for academic achievement, free speech and the arts. Originally part of the northern Oakland Township, its new name was adopted in 1866 after Anglican Bishop George Berkeley and applied to both the town and the College of California's new location along Strawberry Creek (later known as UC Berkeley). Berkeley grew immensely following the 1906 San Francisco Earthquake, and again during WWII with many wartime jobs in the area at places like the Kaiser Shipyards in Richmond. Later, the city became synonymous with social change and political activism, as the hippie movement spilled out of San Francisco in the late 1960s.