Magical 5BR/3BA Monterey Colonial with sweeping Bay views located in the highly coveted Arlington Acres neighborhood of Kensington. Privately positioned on 0.87 acres amongst the majestic redwoods, this unique property features a 2-car garage with detached artist’s studio, bocce court, automatic gate and a 3-story volcanic rock with grotto below. The main house is anchored by the spacious, eat-in kitchen with its peninsula fabricated from old Oakland City Hall cabinetry, and is also highlighted by French doors which lead to the private deck for outdoor dining. The dramatic living room has multiple seating areas and is set around a gas fireplace inset by California poppy tiles made by the California Art Tile Company of Richmond in the early 1900s. The formal dining room is roomy enough for a large gathering while enjoying the sunset over the Golden Gate Bridge. The main level consists of four bedrooms, each with direct access to one of the two renovated bathrooms. The upstairs owner’s suite is set apart with two private balconies, gas fireplace, walk-in closet and a spa-like ensuite bathroom with soaking tub, dual sinks and walk-in shower. The 400 SF basement features a laundry area, and is ideal for a home gym, wine cellar and additional storage. The recently constructed 550 SF artist’s studio has vaulted ceilings, exhaust hood and 220V wiring. The home is conveniently located near the Upper Kensington shops, while also easily accessible to Colusa Circle, Solano Avenue and AC Transit stop on the corner. The property is zoned for Kensington Hilltop Elementary, a California Distinguished School and Gold Ribbon Recipient. 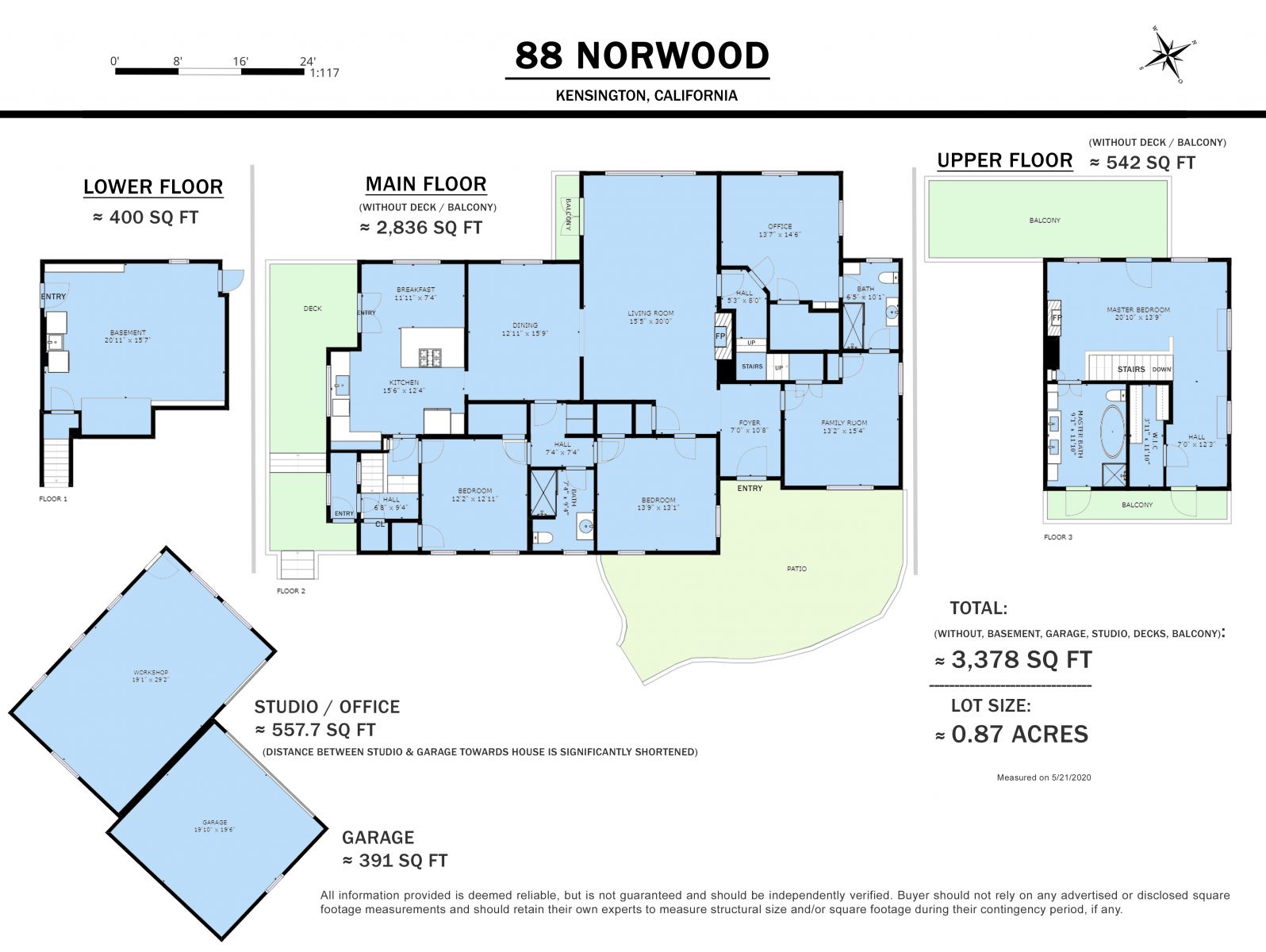 The community of Kensington is an unincorporated part of Contra Costa County in the Berkeley Hills. The 1906 San Francisco Earthquake and the 1923 Berkeley Fire resulted in people looking to Kensington for housing alternatives. Streetcar #7, which connected Kensington with Berkeley, and the network of pedestrian paths also made it easier to commute from here. By 1930, the population grew from 226 to 1500. Today, the population is about 5,000 cozily squeezed into 1 square mile.

Even though Kensington is unincorporated, it does have its own police and fire departments, park services and trash collection. Tilden Park and Blake Garden are two beautiful green spaces located in and around Kensington. There is also just about anything you need in one of its two business districts: hardware store, bank, restaurants/pubs and a liquor store. It even has its own town newsletter, the Kensington Outlook.

A few other interesting facts: